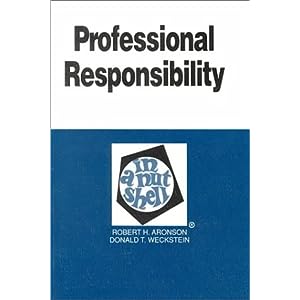 If you are making a motion to disqualify opposing counsel before Judge Murphy in the Business Court, his decision yesterday in McKee v. James is likely to be of concern.  He not only denied the Motion, but he dropped a few nuggets along the way which the party opposing the motion in your case may want to quote:

He said that disqualification motions should be "carefully scrutinized" because they "have a potential for abuse as litigation tactics," and that "disqualification is viewed by courts as a ‘drastic measure’ to be imposed only when ‘absolutely necessary.’"  Op. ¶10.

The burden on the party moving for disqualification is "high."  Op. ¶11.  It’s also important to note that "a party’s right to counsel of its choosing is a fundamental tenet of American jurisprudence, and that, therefore, a court may not lightly deprive a party of its chosen counsel." (citing United States v. Smith, 653 F.2d 126 (4th Cir. 1981)). Id.

It was against this backdrop of skepticism that Judge Murphy turned to Rule 3.7, the Rule of Professional Conduct on which the Motion was based.  Rule 3.7 deals with a lawyer’s ability to continue as litigation counsel if he may be called as a witness.  It says:

A lawyer shall not act as an advocate at a trial in which the lawyer is likely to be a necessary witness unless: (1) the testimony relates to an uncontested issue, (2) the testimony relates to the nature and value of services rendered in the case, or (3) disqualification of the lawyer would work a substantial hardship on the client. . . . [Moreover, a] lawyer may act as advocate in a trial in which another lawyer in the lawyer’s firm is likely to be called as a witness unless precluded from doing so by Rule 1.7 or Rule 1.9.

Defendant James was saying that he would be calling Plaintiff’s counsel as witnesses to testify about the circumstances under which they had asked another witness to sign an affidavit.  That witness later disavowed his affidavit, which was highly supportive of Plaintiff’s case, and it turned out that he had been unable to read it before signing it.

If you are thinking that these affidavit issues can’t be central to the issues of the case, Judge Murphy agreed.

But if Plaintiff’s counsel really found it important to present evidence at trial about the affidavit shenanigans, then Defendant’s counsel were not "necessary" witnesses.  Judge Murphy said that "[a] necessary witness is not the best witness, but the only witness that can testify to information that is relevant and material to the dispute."  Op. ¶16.  A lawyer’s testimony is “necessary” when it is "relevant, material, and unobtainable by other means."  Op. ¶17.

Since there were other persons who had been present at the signing of the affidavit, that testimony was "obtainable through other means," so the Defendant’s lawyers were not required to step aside.

So, disqualification based on RPC 3.7 is pretty narrow.

If you are interested in other Business Court rulings involving Motions to Disqualify, you can click here, or type "disqualify" into the search box on the left side of the main blog page.